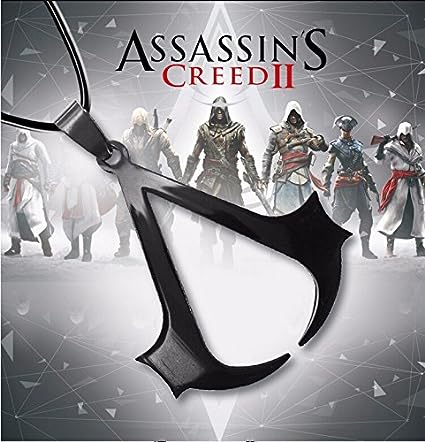 The most popular symbol in the game, this assassin insignia is used to mark places of sanctuary. You can also wear this insignia on your neck! This Assassin's insignia pendant lets you show the world that you love Assassin's creed in style.

This hoodie will make someone look like Ezio, the protagonist of Assassin's Creed 2. For a person who does not know the game, this hoodie looks like a really nice piece of jacket, but for the gamer, this is a a legendary piece of armor! Cool Assassin's Creed gift idea for someone who goes out in the cold often. 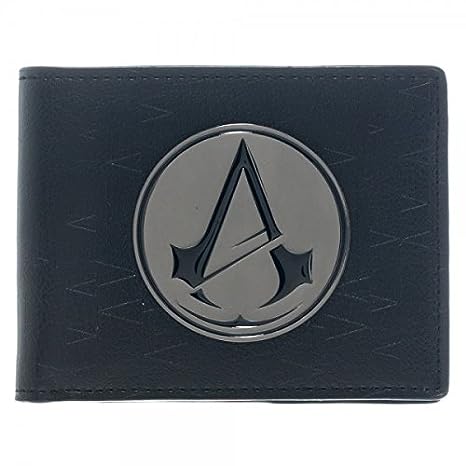 It lets you store your money safely, because the thieves will be warned that you are a skilled Italian assassin. It is also a nice piece of wallet. 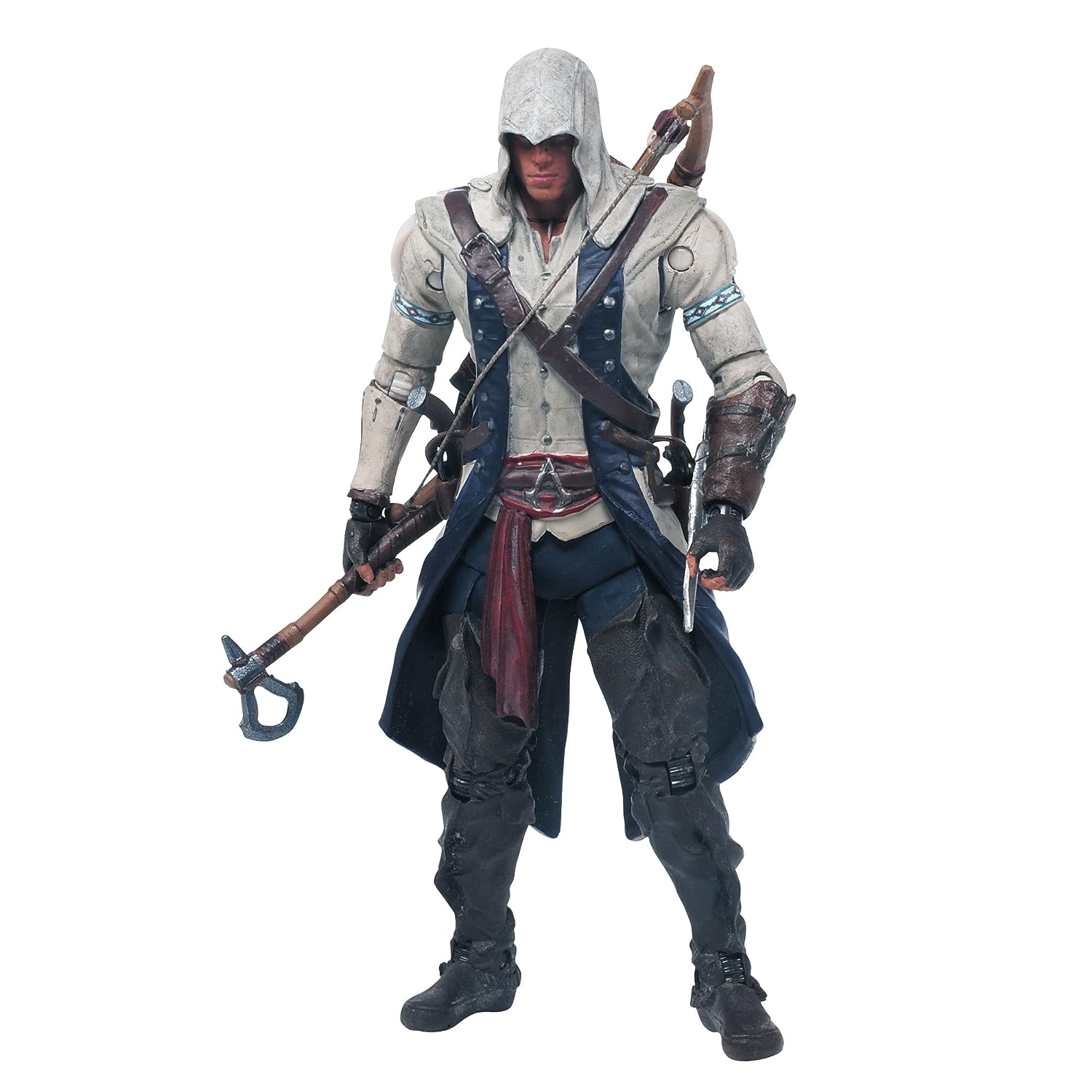 For those who collect toys and action figures, Assassin Creed actions figures do exist. For example is this Connor action figure. This piece of coolness can be posed and includes a tomahawk, bow and a pistol, all of which Connor can hold. This is a really nice Assassin's Creed gift idea for the toy collector. 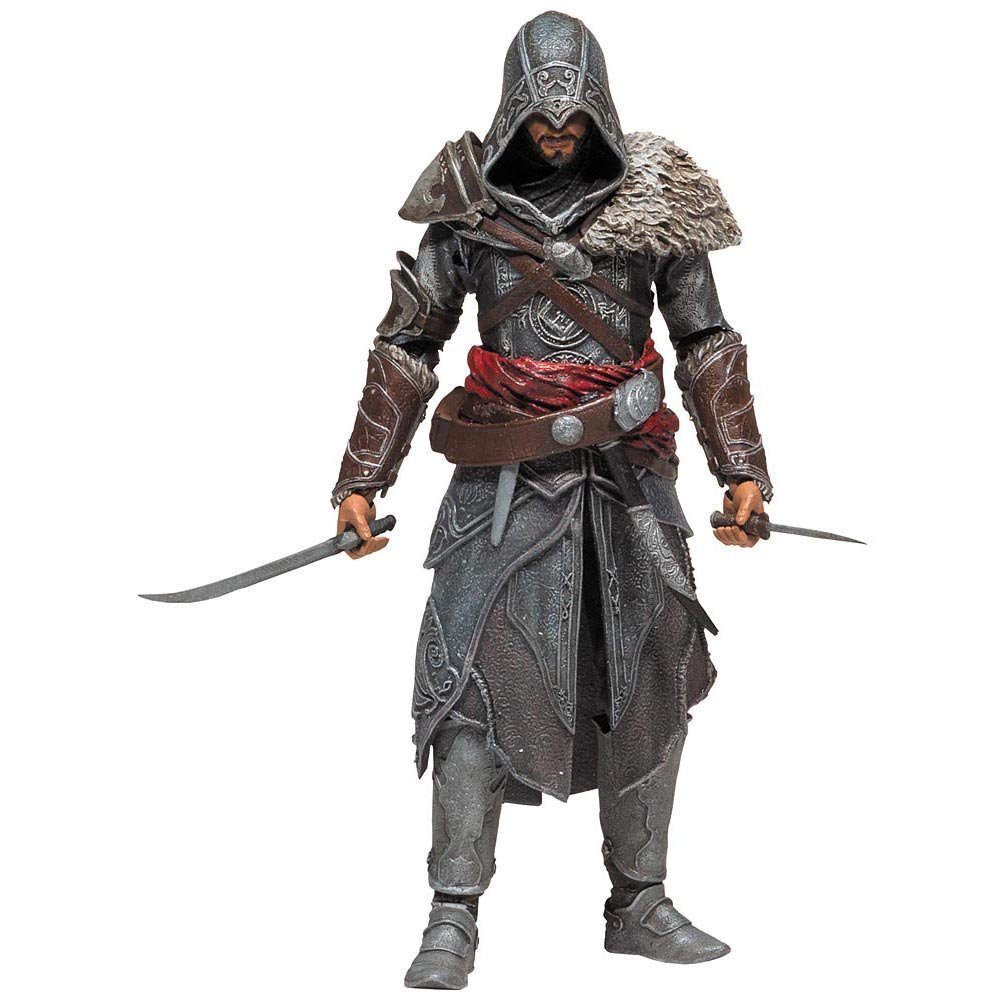 For Ezio fans out there, an action figure of him is also available! He is also poseable and can hold a dagger and a sword, bot of which are included in the pack. 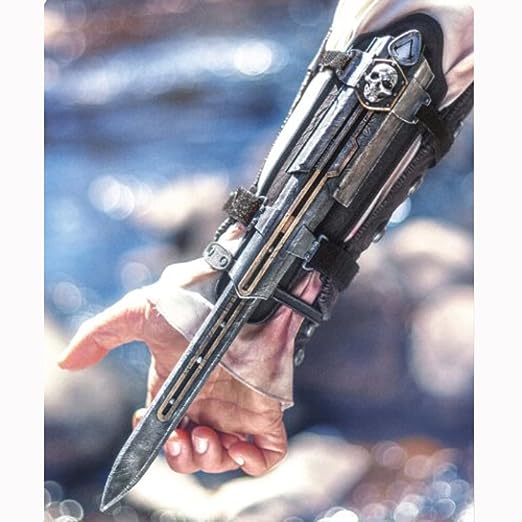 The assassins have hidden weapons and this gauntlet is a replica of Edward Kenway's hidden blade. This looks cool and is relatively safe because it is made of plastic.

Those who like Connor would be glad to have his signature weapon, this tomahawk. Do not worry, though, this replica weapon is relatively safe, the blade is not made of metal and is not sharp at all. Perfect for cosplayers.

This beautiful piece of cane holds a deadly secret: it actually hides a sword and a scythe in it. Well, at least this is what the replica is trying to emulate. The sword blade and the scythe are not metal and are not share. Pefect for those who want to go as Jacob on their next cosplay. If you want a chibi-esque figure of the Assassin's Creed characters, you might want to try Funko Pop's figurines. The example is Altair. Cute, eh?

Other characters like Ezio, Arno, Elise and Connor are also available.

You can check out our cool bedroom video game stuff, Skyrim gift ideas and the very popular Fallout presents!