8 Best Space Opera Novels You Can Gift to Geeks

8 Best Space Opera Novels You Can Gift to Geeks

Whenever we see drama on the tele we know that it is a soap opera that tends to be dramatic, depressing and an overall life scenes molded into a melancholic series.  Science fiction story writers have their own version of a soap opera and it is called “space opera”.  Space opera is a fiction story that is often plotted in outer space.  It doesn’t necessarily be a dramatic story just like the soap opera but it mostly filled with adventure, space shuttles and the outer space!  Space opera has become very popular and novels about this category can be found all over the web.  To help you sort out only the best from the rest, we have listed the eight best space opera novels of all time.  Check them out below for your reference. 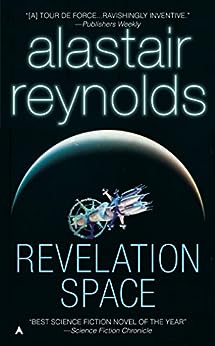 This space opera novel entitled Consider Phlebas gave the public a taste of Culture. Culture is considered one of the best setting in the history of space opera novels. Consider Phlebas is an epic intergalactic tale that tells about the different conflicts of the Idiran Culture and the war that sprung upon. This novel will fill you with wonder on your head. Aside from the galactic warfare on this novel, breath taking escapades and exploding Orbitals are over the top and makes one gasp for air because of amazement and excitement with every scene. Iain M. Banks is such a great asset in the genre of science fiction, no wonder he captured the hearts of many and even had that he's had his very own asteroid named after him to top it off!

A Fire Upon the Deep by Vernor Vinge

A Fire Upon the Deep is a very stunning space opera novel that is widely known and even caught the Hugo Award for Best Novel of 1993. This space opera novel is an actioned filled book as told on a cosmic scale. This book has intriguing points such as the potential of the mind as determined by the location in space. From the simple minded folks to the super intelligent entities as partitioned by the regions of thought. Be prepared to be mind blown as you turn every page with this great space opera novel!

Tau Zero is a space opera novel that deals with the aftermath of near light speed as it affects the humans in the ship. Imagine, what would happen if your space shuttle that is a light speed engine malfunctions instead of slowing down it gets faster than ever? Be prepared to be at the edge of your seats as you turn every page with this space opera novel for the hard core science fiction fan!

Gateway is a multi-awarded space opera novel which grabbed the 1977 Nebula Award and the 1978 Hugo, Locus and John W. Campbell Awards. This is a novel which is full of tension with vulnerable characters and a cinematic scope with a dozen of fun scenes! Robinette Stetley Broadhead is the main character of this novel, won himself a one way ticket to Gateway and found himself caught in a series of missions. The last mission of his was when he got stuck in a black hole and tagging along with him was his ship mate Gelle-Klara and the story got stirred and became more interesting from this part.

Hyperion is often comparable to the known Canterbury Tales because of the story structure on this novel. Hyperion is a world where creatures are called Shrike. This world is beyond the scope of the Hegemony of Man. The night of the Armageddon came and seven pilgrims set forth to Hyperion to seek the unsolved riddles that each of them are carrying. Some fear the Hyperion, some vowed to destroy it and the Shrike patiently waits for them all!

Pandora’s Star by Peter F. Hamilton is fueled by top caliber story telling skills and a wide imagination which made him comparable to Dickens and Tolstoy. Pandora’s Star is one of the bestselling space opera novels of all time. It is set in the year 2380, where in the intersolar commonwealth contains more than six hundred worlds interconnected by wormholes. Dudley Bose observed from over a thousand light years away that a star vanishes and that is where the tension started. Discoveries of threats to humanity and Commonwealth have started to unleash and the guardians of human race came to the rescue.

Rendezvous with Rama is a fascinating and fast paced space opera novel that is highly recommended. This is one of Arthur C. Clarke’s best work as it won multiple awards such as: Nebula Awards, Hugo, Jupiter and Campbell Awards. Rama is an enigmatic craft that was believed to be a mysterious cylindrical object that appeared in space which is observed to be moving towards the sun. This interstellar spacecraft had scientists awe in wonder. Everyone is excited and dreads the unknown Ramans behind that airlock door of Rama.