Squid Game Gifts That Will Surely Delight the Fans

Squid Game Gifts That Will Surely Delight the Fans

If you have someone who is crazy about the Netflix series called Squid Game, then you should get them some Squid Game gifts this coming holiday.

For those who did not know, Squid Game is a Korean series on Netflix, where cash-strapped people unknowingly signed up on a series of children’s games that gets you killed if you failed, for a chance to win ₩45.6 billion.

Squid Game gifts for the fans? We got them here! 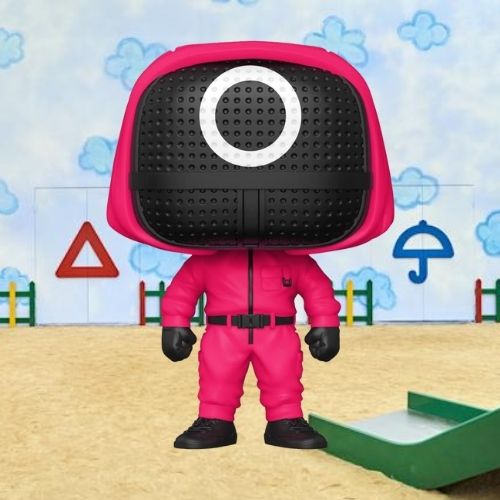 The mysterious and quite evil worker in a red jumpsuit and black marked masks. The game’s cast and crew kill with no mercy and do not speak too much unless it is a square dude. There is something quite charismatic about these masked men and women.

If your Squid Game fan loves the masked crew too, then you can get them this Funko Pop! Figure. So decorative and cool! 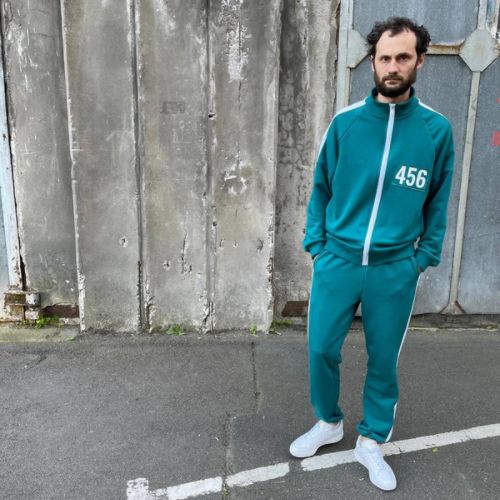 This is a replica of the game jumpsuit worn by the main character, Seong Gi-hun, also known as Player 456. The beautiful green jumpsuit is also quite soft and comfortable. It is an excellent gear for cold morning jogs or on breezy evening runs. One can also use the track pants when in the gym for that stylish workout gear!

If your Squid Games fan does not work out, it is still quite warm for autumn and spring. 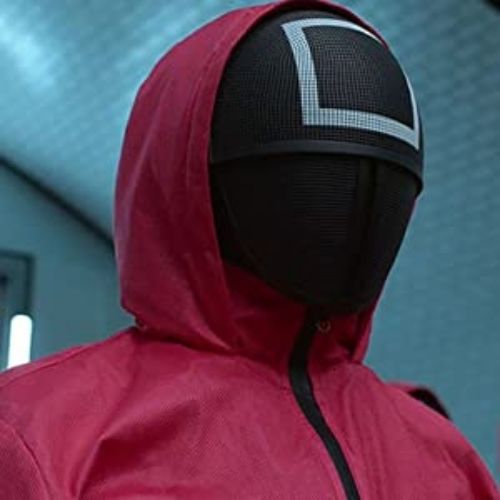 The mystery of the workers is their life. In the show, workers who show their faces are killed by the Frontman, their leader. The iconic masks come in three differently shaped markings, triangle, circle, and square, which denotes the rank in command.

You can also get a replica of the iconic masks in all different shapes. One can use them as a Halloween costume or just as a cool ornament on a wall. 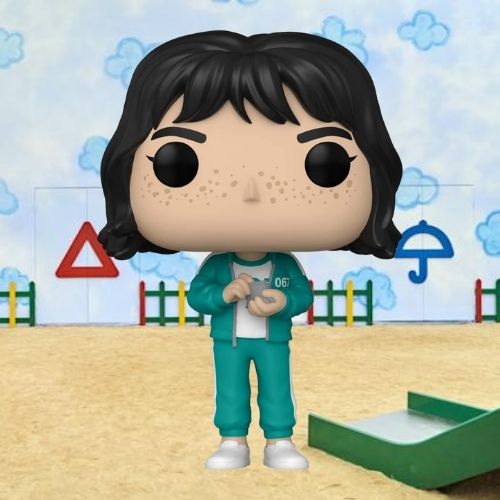 The beautiful Kang Sae Byeok! At first, she seemed like a sly little thief who talked very little and is very selfish, but as the games go on, we get to know a bit of insight on why she is like that and why she resorts to thievery. **spoiler** Too bad she dies near the end of the games.

This cool Kang Sae Byeok reminds me of how cute she looks, freckles and all! 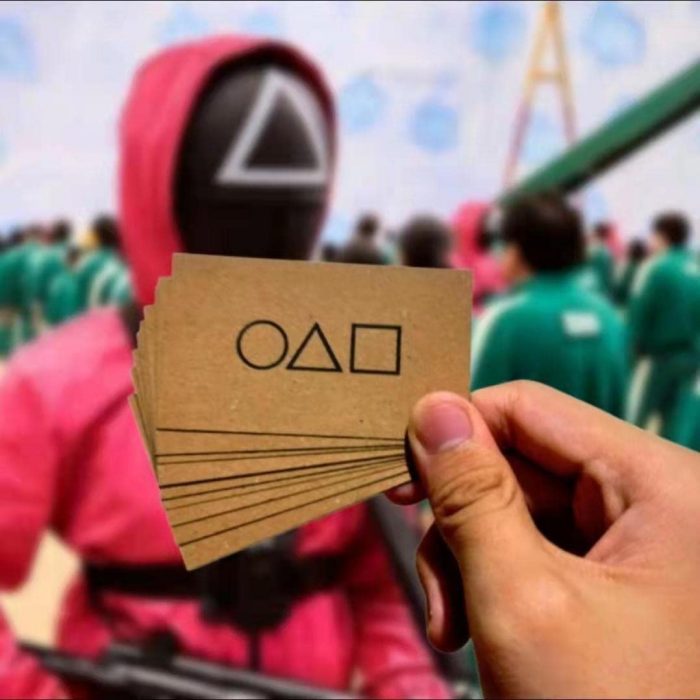 The iconic calling cards with no label, aside from the three iconic shapes and a number at the back.

Receiving one in real life can be exciting and funny since you know the real Squid Games do not exist!.. or do they? 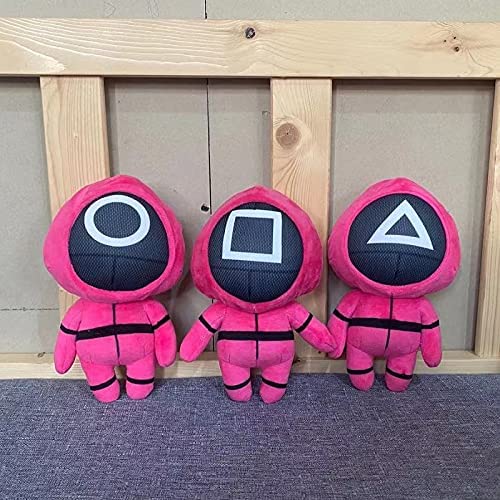 Another one of the Squid Game gifts that feature the mysterious crew members! These plush look so cute, like chibi versions of the original. They almost look like they are not going to kill you!

These are small enough to be tethered to a bag or just kept on the bed. These make perfect gift ideas for teenage girls or as stocking stuffers for any fan of the game! 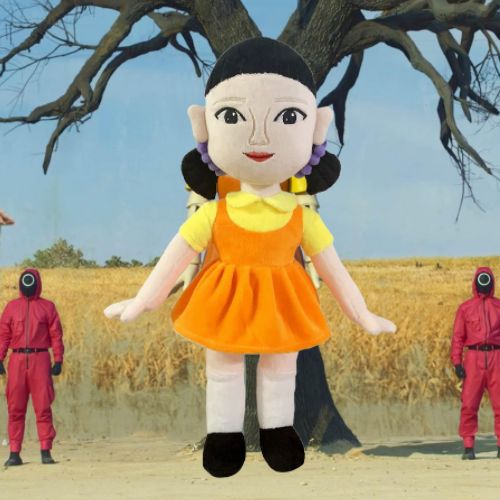 It is the giant creepy doll from the first game, Red Light, Green Light! It was so creepy that the players did not expect it to be so fatal. Turns out when the doll eliminates a player, a sniper rifle kills them!

You can get your very own replica of the doll but in a small, plushie form. Around six inches small. 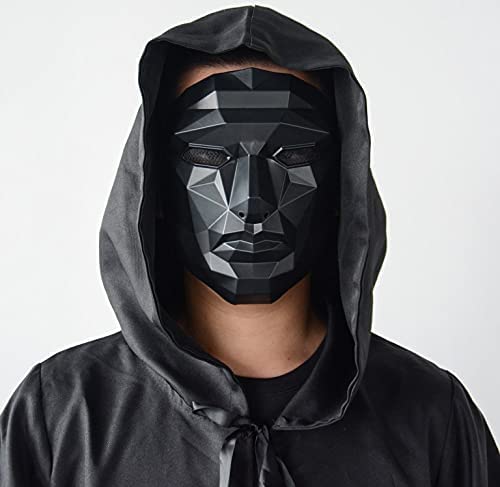 The Frontman, the guy who runs the games, is the leader of the masked crew. The guy has a different mask, in a beautiful geometric shape, that almost looks like a blocky human face (which reminds me of PS1 game sprites).

The Frontman mask is one of the coolest Squid Game stuff ever, which can be used as an easy Halloween costume since the Frontman wears a regular black hooded jacket and pants. The mask also makes a nice wall decor, too! 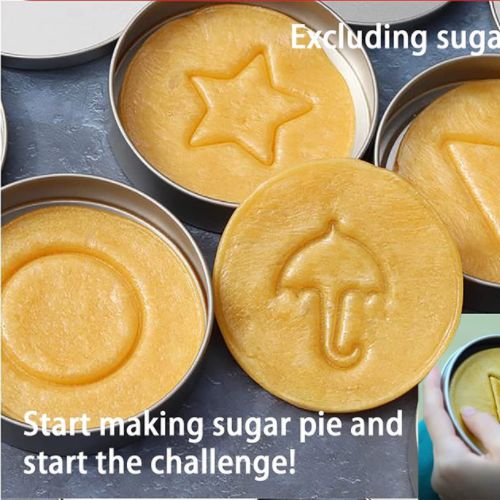 The second game, Sugar Honeycomb, required players to remove the shape they chose from the sugar cookie without it breaking. It was a real intense game that almost got the protagonist killed.

This set replicated the tools needed for the Sugar Honeycomb game, which includes the circle, triangle, star, and umbrella cookie cutters, round tin cans, and some needles. All you need is the sugar honeycomb, the recipe of which is found in this Youtube video. Another Funko Pop! figurine, this time, it is the protagonist, Seong Gi-hun. We all know him through his funny Squid Game profile photo.

This figure looks just like him! Also known as Player 456, he is the sole survivor of the games and the winner of the ₩45.6 billion. I really do hope we see him again during the second season, as he tries to disrupt the next games. I just cannot get enough of the masked crew members! If your Squid Game fan is just like me, you can also get them these masked crew keychains. They look so kawaii and you can almost forget that they are tasked to kill players, clean up and set up those deadly games!

The masked crews make great Squid Games gift, and this keychain is probably one of the most subtle if you do not want loud fandom gifts. 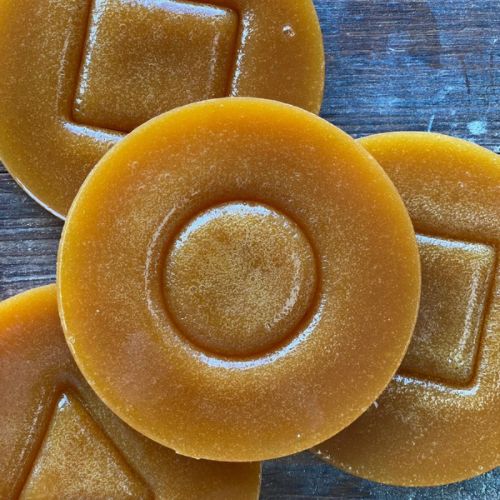 This is a set of already finished honeycomb cookies, tin cans, and needles, ready to be played with during a party.

The rule is simple, just remove the shape without it breaking within the time limit! Of course, unlike in the game, those who fail won’t get shot by masked men in red jumpsuits. 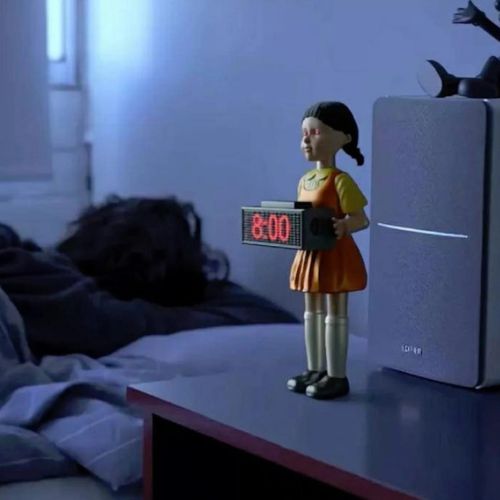 This creepy doll makes its reappearance in your bedroom, as an alarm clock. Imagine you will lose the game if you do not wake up in time…. pretty scary! A great way to motivate yourself to wake up early and get to school or the office in time.

No, it won’t kill you. Really!

Looking for More Geek Ideas Like These Squid Game Gifts?

You can check out our video game pillows and our list of space gifts.

We have a ton of fandom gifts, like these Naruto gifts and Game of Thrones gifts.