Cool, Unique Alarm Clocks You’d Want to Wake Up To

Cool, Unique Alarm Clocks You’d Want to Wake Up To 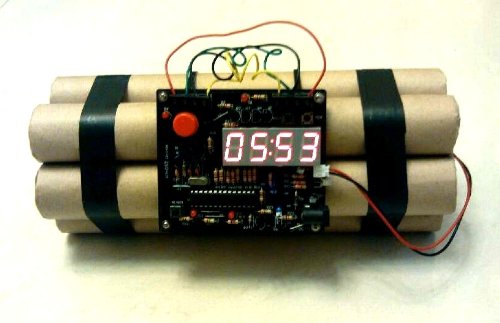 Wake up to a terrorist attack! Or so it looks like. The Bomb Alarm Clock looks like a bundle of dynamite type bombs and colored wires. When the alarm goes off, you cannot stop it until you "defuse" the bomb. The mental stimuli will help you wake up, preventing the "I slept again" excuse. 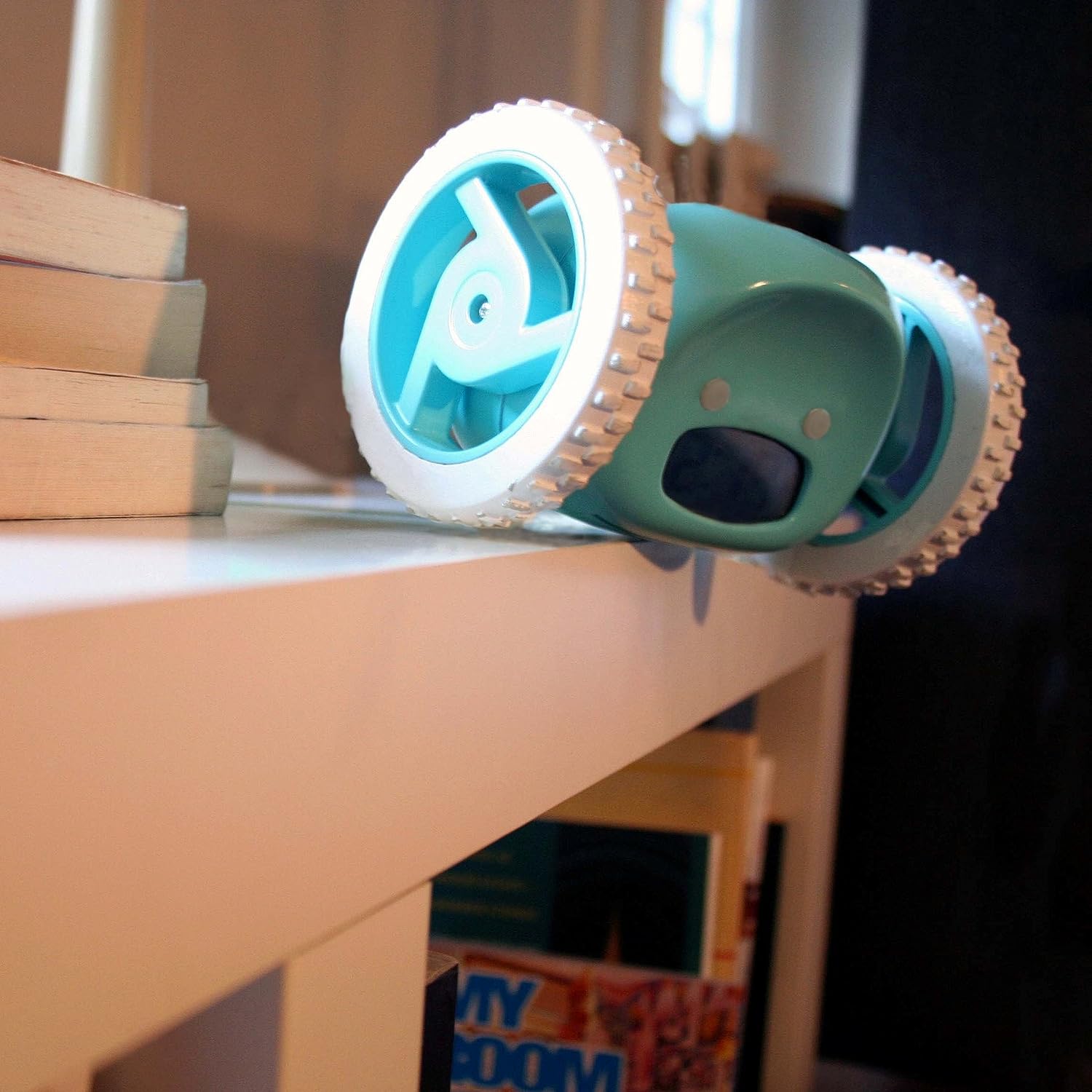 This Alarm Clock Makes You Chase It

The Clocky Alarm Clock is one funny tool. When the alarm goes off, it will roll off your bed side table and into the floor, running away from you. You would have to force yourself to get up and pick it up or suffer the annoying beefing noise. Now you do not have to be late for that 6AM meeting! 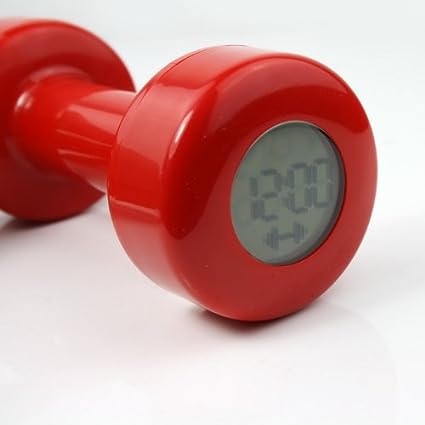 You Have To Exercise to Stop This Alarm Clock

This little guy looks like dumbbell! Then this alarm clock goes off, you would have to get up and shake this alarm clock around fifteen times to make it stop. This is quite heavy, so by the time you finished making the annoying beeps stop, you have made your blood circulate and are not sleepy anymore. 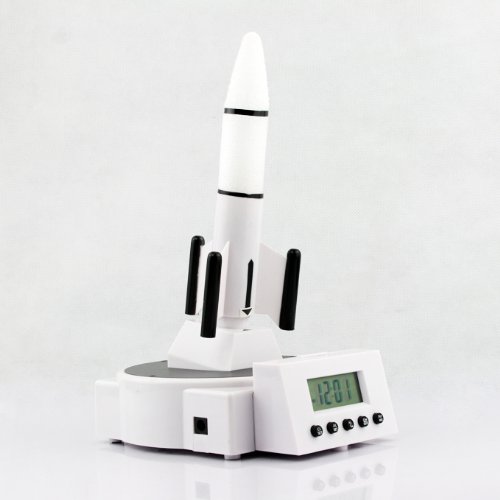 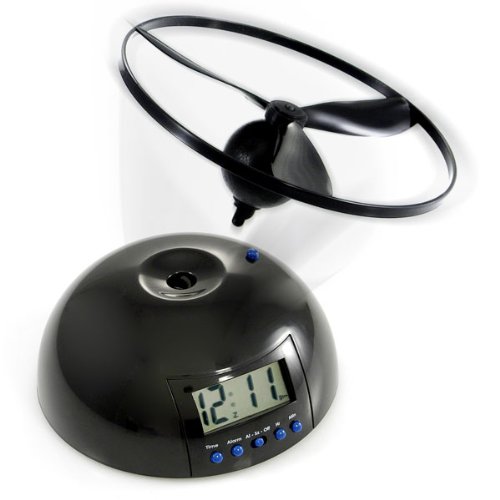 This has the same tactic as the rocket-launching alarm clock mentioned earlier. The Flying Alarm Clock launches a copter into the air, and you would have to find it and put it black into the alarm clock to stop the annoying beeps.

What a good way to force yourself to wake up, huh? 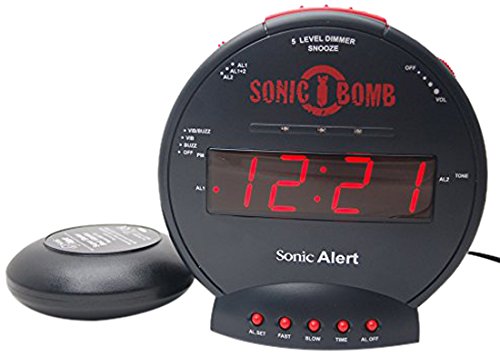 Now this is different. It only uses a very loud sound. The Sonic Bomb Alarm Clock produces 113 decibels of sheer madness. IF that is too geeky of speak to you, 115 decibels is the sound produced by a rock concert. Now that is extremely loud, making this the alarm clock of choice for those deep sleepers. 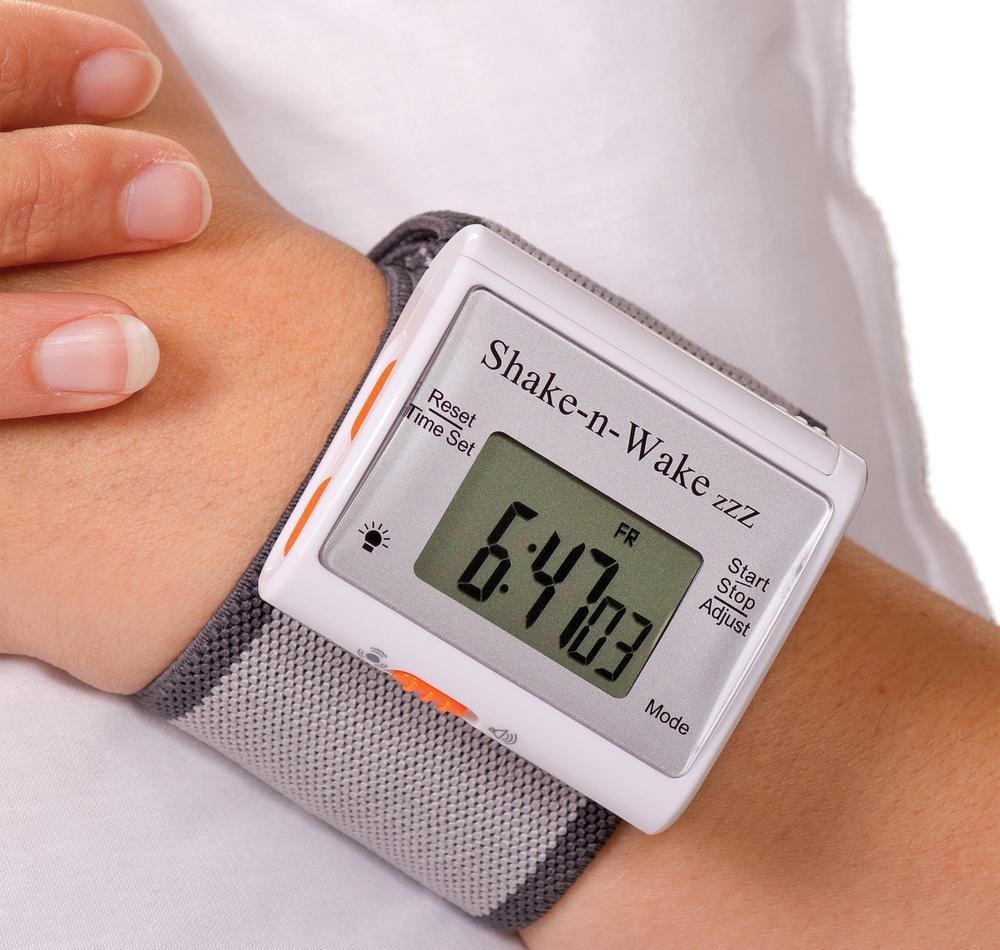 The Silent Alarm Clock That Rocks You Awake

You have seen the loudest alarm clock in the list, here is the most silent. This alarm clock does not make sounds at all, but shakes your wrist until you wake up. This wearable alarm clock will pulsate when the alarm goes off, waking you up but not the other people sleeping in the same room. Perfect for people with roommate or with a spouse. 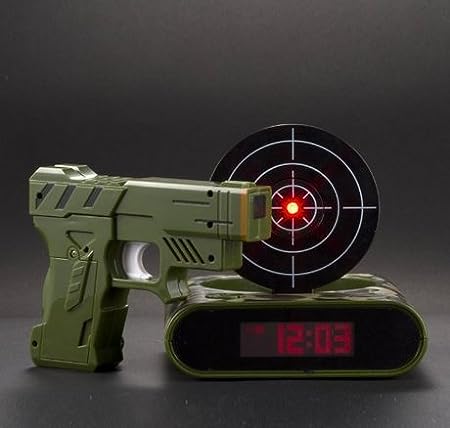 Shoot It to Stop It

This alarm clock has a target on top of it. When the alarm goes off, you would have to find the laser gun that comes with it and shoot the target. When you hit the bull's eye, that's when the alarm stop. Here is an idea: if you have someone who needs to wake up early, put the gun somewhere far away from the bed... that way, they would have to stand up just to stop the annoying thing. Instant wake up!

This is the alarm clock for classic geeks! The Tetris Alarm Clock has an LED screen that shows falling Tetris blocks, forming the numbers that tell the time. When it alarms, you will be greeted by the super nostalgic Tetris theme song. So cool!